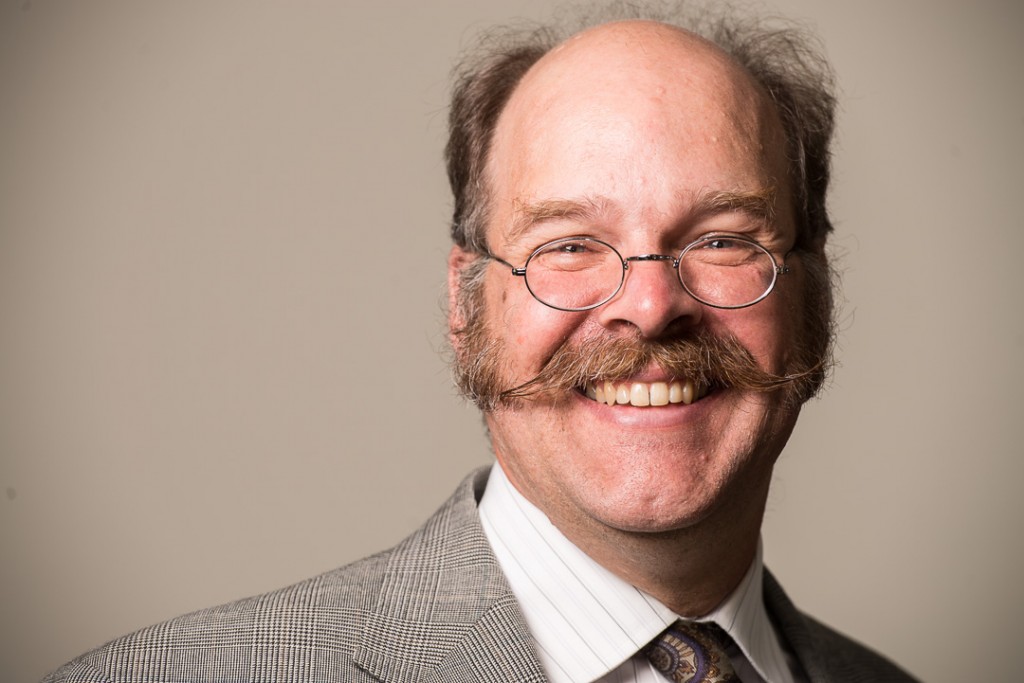 Michael Dollinger has practiced and honed his tailoring skills over the last thirty years.  Trained in classic European technics, this Indianapolis, Indiana native has worked in established tailor shops, such as Redwood & Ross and L.S. Ayres, and has trained with numerous experienced tailors to master his craft.  In 2000, he opened his own shop, Smoking Iron Alternations.  He now fulfills Indianapolis’s needs for alterations and repairs on men's, women's, and children's clothing from his Broad Ripple Shop.  Visit Smoking Iron Alterations and see how this extraordinary tailor shop delivers quality alterations and repairs correctly, quickly, and with great service.  We’ll get you looking your best, guaranteed. 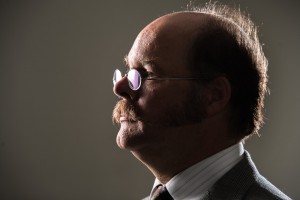 Michael Dollinger has over 30 years of experience.  He’s seen it all!  We can promise exceptional work from a well-trained, talented, experienced tailor every time you walk in the shop. 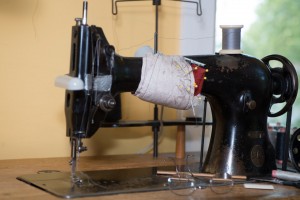 Our goal is to have your altered or repaired garment ready for pick up in one week.  If you need it sooner—even if sooner is tomorrow—let us know.  Usually, we can accommodate these requests. 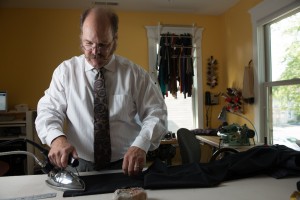 We ask clients to try on their garments when they drop them off and again when they pick them up.  We inspect our work on you to insure it is correct.  If it is not right for some reason (which rarely happens) we’re happy to make the necessary adjustments.

Our customers are so important to us.  We love getting to know you, hearing your stories and providing you with amazing customer service.  Much of the work that comes our way is from referrals, so we know our customers love us, too. 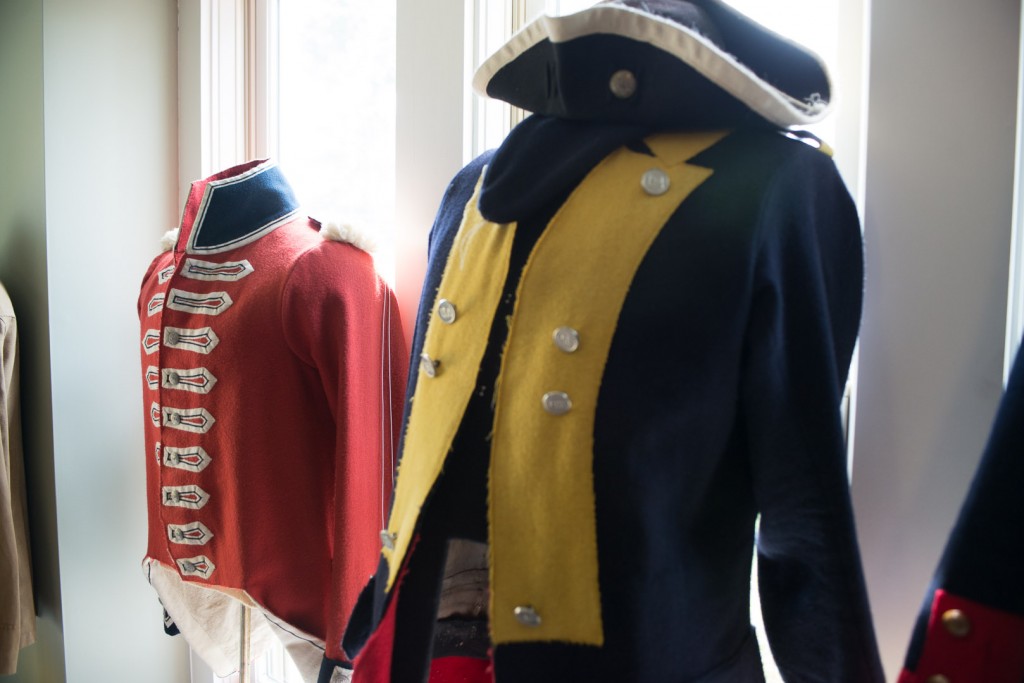 Michael’s father was a Master Tailor from Germany.  He apprenticed and learned the trade in Germany and moved to Indiana in the 1950's.  He set up a tailor’s shop on Broad Ripple Avenue soon after.  As he grew up, Michael would regularly visit his father’s shop.  It was the setting for some of his earliest memories, like raiding the penny jar for candy money, playing with the treasures he found, and preforming his very first “job:” going through the pockets of garments dropped off at the shop to ensure nothing was in them.  In the 1960's and 70's, at the height of the Vietnam era, his father was always working on military uniforms in the shop.  “I would go through and I would look at those and I think this was one of the things that got me interested in military stuff at a young age,” Michael shared.

Soon Michael went from playing in the shop as a child to considering what he wanted to do for a profession.  Tailoring was a strong option and quickly became the obvious choice.  As a teen, he started talking with his dad about an apprenticeship.  He saw the satisfaction and success his father had in his career, he saw him doing good work each day and being proud of it.  Michael decided he wanted to same for himself.  He took the leap and committed to a career in tailoring.  When he finished high school, he started his apprenticeship with his dad. 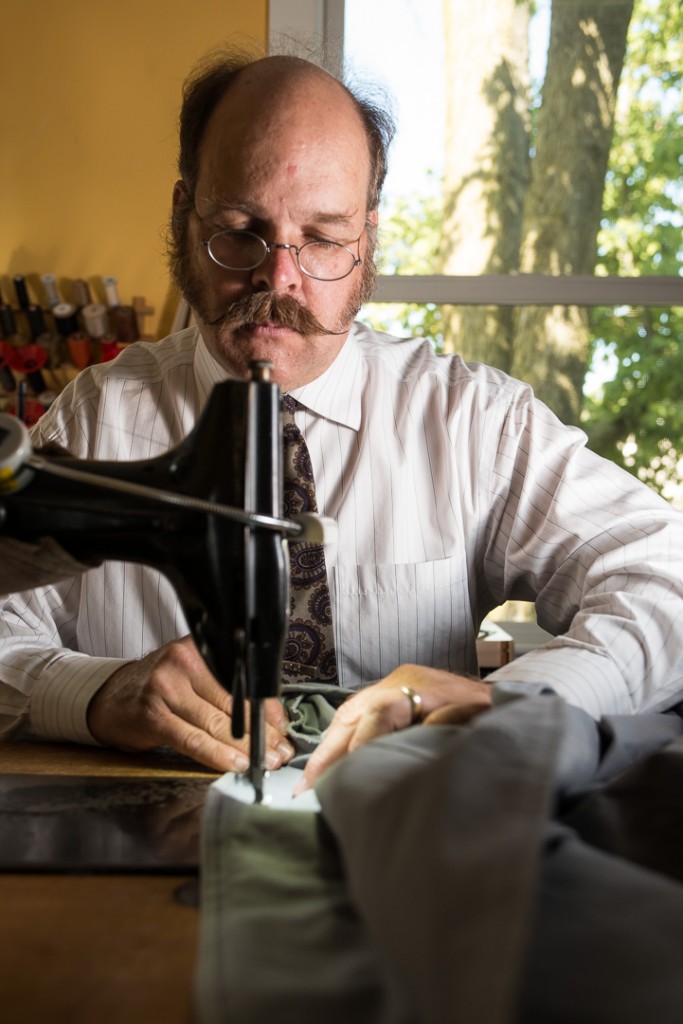 “I moved in with him.  I paid a weekly rent to live there and in the morning I would work for him in his shop.  Of course this was with no pay because I was learning.  Then, in the afternoons I would work at Redwood & Ross and afterwards, I'd go back and work at his shop,” Michael remembers.  He had more than enough to work on, and learned so much from his father as well as on the job.  His father wanted the same thing for Michael as he had experienced as an apprentice; so there was no dating and Michael worked all day, Monday through Saturday.

“Of course he wanted me to learn the old way.  So he had me doing hand-sewing and doing this step, to that step, to that step,” Michael remembers.  His father would start him on one type of job and then when he got proficient at that, he'd start him on the next type, and so on, until he had learned the craft.  There were plenty of times his father would give the work back to Michael and ask him to take it out and do it again until it was just right.

Soon enough, Michael had learned what he needed to know and competed the apprenticeship.  He worked with his father in his shop, at Redwood & Ross for seven years and at L.S. Ayres downtown.  This gave him to opportunity to work with several different master tailors and learn what he could from each of them.  At L.S. Ayres, “there were some old-timers from Italy that I worked with and learned new techniques and different things from,” Michael says.  Michael worked with one of them, Giuseppe, and learned all he could from him, which helped Michael get experience in lots of different types of work.  Not long after, he was hired back at Redwood & Ross and installed as the head tailor at their downtown location, where he worked for a number of years.  When Jacobson’s came to town, he went there as one of the head tailors.  He worked there for ten years and helped the Indianapolis location earn the title of best tailor shop in the Jacobson’s chain, time and time again. 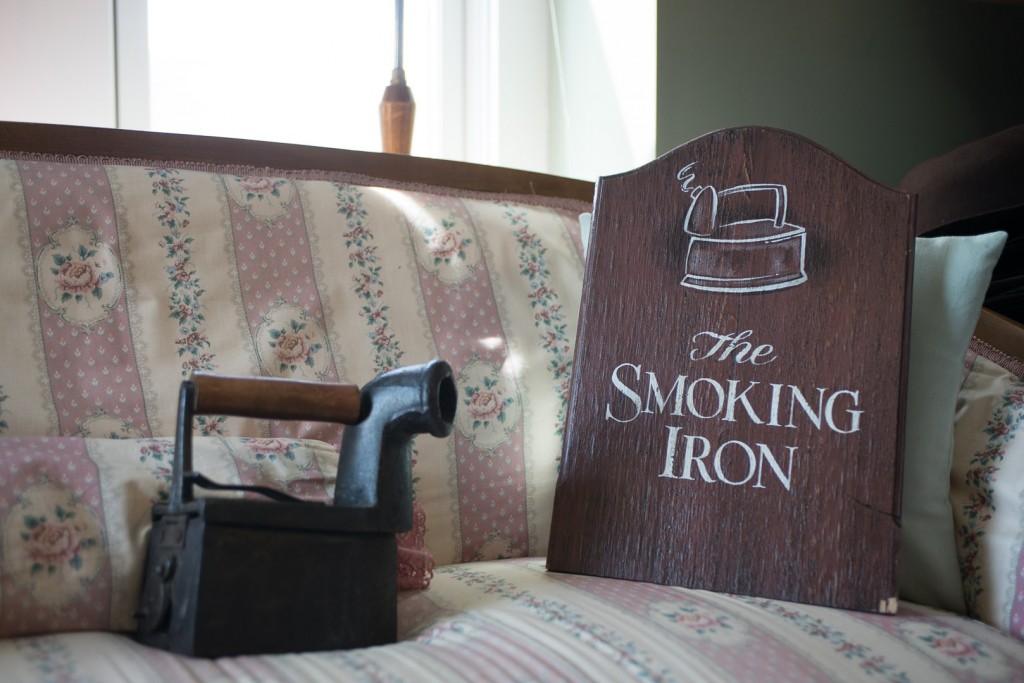 Eventually, Michael heard his father’s advice—“get your own shop, do it your way”—echoing in his head.  He was tired of working department store hours and wanted to relish his children and his time with them while they were young.  He decided it was time, and in 1999, he left Jacobson’s and went out on his own.  He opened Smoking Iron Alterations and hasn't looked back since.

Initially his store was further north, but as of late he has found his home in Broad Ripple.  “It's just a cool part of town,” Michael says and so when he was looking for a place to move his shop, it was the natural choice.  His father had sold his shop in 1978 to it’s current owner.  He went to see if it was available.  When it wasn’t he decided “if there is a Subway right next to a Jimmy John's and you can't throw a rock in Broad Ripple without hitting a hair salon, it won't hurt to have another tailor shop here” and he put down roots.  He enjoys the small-town feel, knowing all his neighbors and seeing the same people come and go to work each day, and has joined the Broad Ripple Village Association.

Over the last 30 years, clothing has changed and so have alterations and repairs.  Michael has enjoyed changing with the times, watching fashions come and go and continuing to build his business.  Visit Smoking Iron Alterations and see just how this history has influenced and built an extraordinary tailor shop where you can get quality alterations and repairs, done correctly, done quickly, with great service.  Guaranteed.